Multimedia-Art from Israel in Hannover

In coproduction with the Meditations Bienale in Poznan and the curator Drorit Gur Arie, from Petach Tikva, Isrel, Kunsthalle Faust is showing new positions by Israeli artists, who were represented on the 2012 Biennale in Poland. Additional, the project integrates Roy Menachem Markovich, an artist who was invited by the ida (intercultural dialogs in art 2013) our cooperation partner.

Experiencing the absence of gravity is an old dream of mankind, which came true only for very few chosen people since the middle of the 20th century. To keep balance and orientation in the vacuum of space, high concentration and full control over all appliances is required. In this context, the project schwerelos looks for different kinds of statements about losing and finding equilibrium in real-life-Israel and the artistic expression of these statements.

Ran Slavin was born in 1967 in Jerusalem and grew up in Tel Aviv and London. He is currently living and working in Tel Aviv. His video-works often revolve around the weirdness and the world of unsolved mysteries. In “Ursulimum” he creates a labyrinth-like complex which seems to be a mixture of an intergalactic spaceship and an archaeological excavation. Shot in Jerusalems historic centre, the original film footage was digital retouched up to the point, where no picture of the original location could be recognized. In “Smoke and Mirrors”, Slavin produces fleetingly images of appearance and disappearance. Strange symmetric smoke-pattern appear under a slightly illuminated highway and an oldfashion looking Arcade-gaming-machine.

Noam Braslavsky was born in 1961 in Poriya. As an artist and curator he now lives in Berlin. The title of his work “Or Haganuz” (“The Light of the Hidden”) is a Hebrew word, which is borrowed from the Kabbala and referring to a light as a kind of knowing and higher truth. This truth is a secret, holy truth. It is hidden and protected.

Shahar Marcus was born in 1971 in Petach Tikva. He lives and works in Tel Aviv. His spectrum of work contains installation, photography, performance and experimental films. Often he uses his body as a protagonist in the films connected to organic material such as cake mixture, bread or juice. In this way, he analyses physical and mental abilities, which he afterwards brings in absurd scenarios and then re-estimates. In his video-work “Seeds” Marcus picks out the phenomenon of the buried landmine-fields, which exist in Israel and throughout the world. He shows in strong images the difficulty which lays in the resettlement of areas, which still deal with the consequences of war. After that, one sees Shahar Marcus- always a protagonist in his own videos- as a farmer, who unconsciously transforms this deathzone in a place of acceptance of live by sowing seeds.

Yosef Joseph Dadoune was born in 1975 in Nice and immigrated to Ofakim, Israel in 1980. In his video-work “Ofakim”, Dadoune shows an unused industrial estate in the city of Ofakim. In an empty factory building, youths are standing in fixed positions around a strange rocket. Afterwards they carry the rocket in a kind of procession over the meager landscape of the Gazastrip.

Roy Menachem Markovich was born in 1979 in Tel Aviv, where he still lives and works. His works pick out ritualization, the deal with horror and fear and the deconstruction of everyday events. He uses humorous and grotesque filmic narrative media and works with easy forms of production. Markovich provokes with slapsticklike filmlets in a B-Movie-style. The camara is fixed on an almost static scenario without protagonists and and produces a special kind of expectation of the audience, which is crashed by the sudden drop of the setting.

The oil paintings of Hagit Barkais are looking at the viewer with their protagonists mixture of defiance, fear and determination. The artist picks out the substantive vulnerability of the human existence. 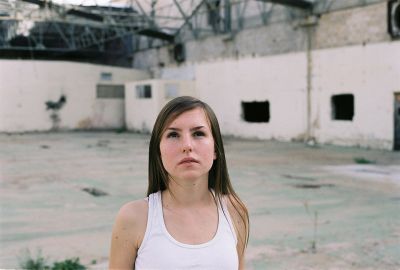 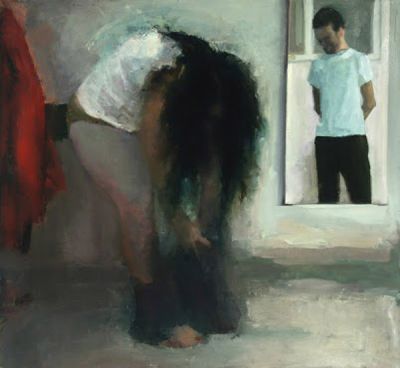 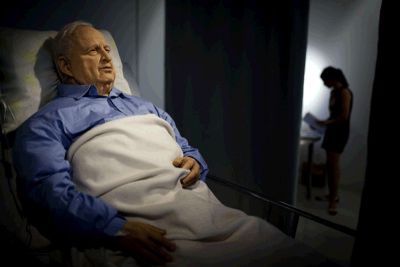 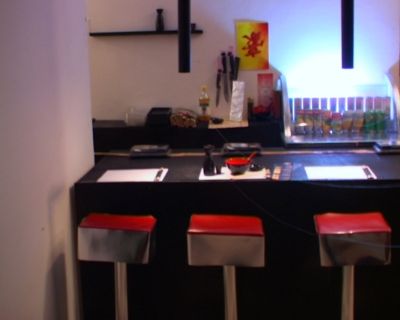 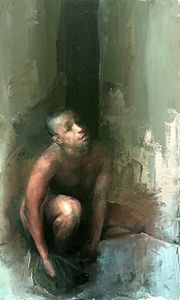 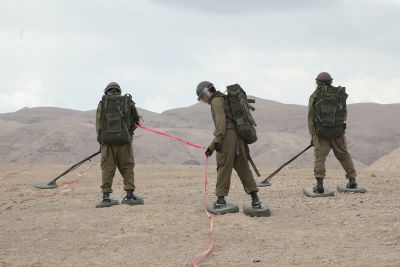 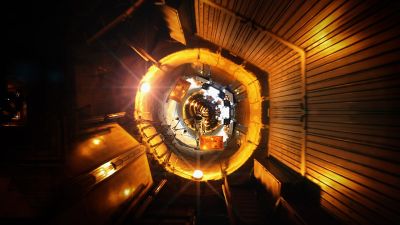 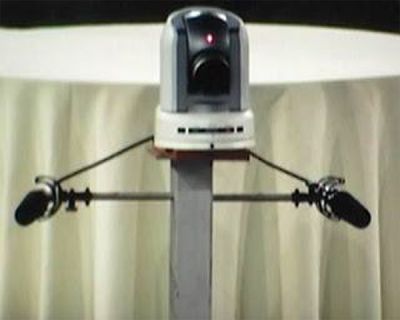 Roy Menachem Markovich, "My brother from another mother" 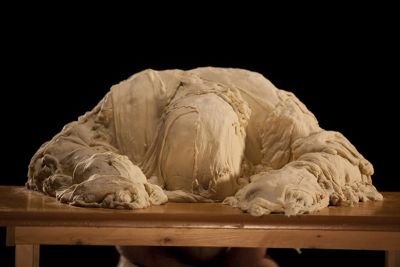 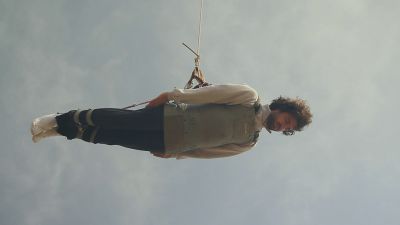 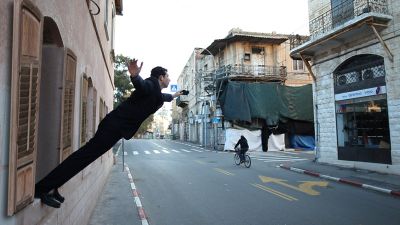 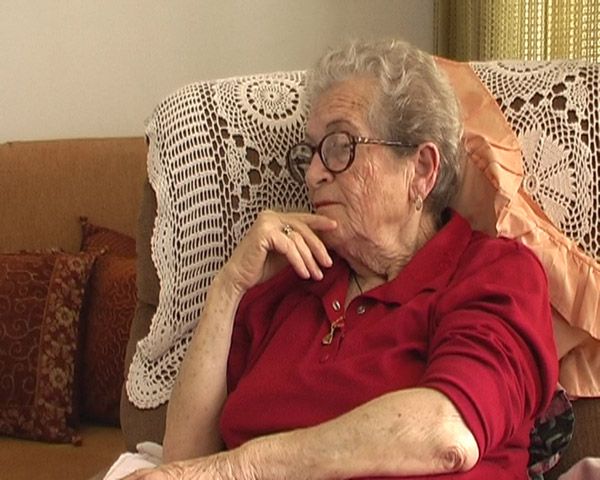 Roy Menachem Markovich, "And we worked"

Dokumentation of the exhibition: